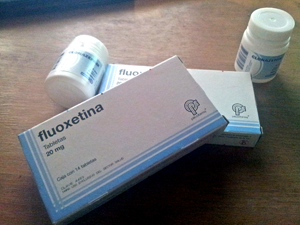 If there's a list of good reasons to visit Mexico, affordable health-care will definitely make the top five. In blog-writing, one of my primary goals is to dispel the condescending myths and rumors about Mexico lacking modern tech, medicine and infrastructure. We have basically all of it here; this country just is generally poorer than the U.S. However, if you're an American spending U.S. dollars, you can save yourself quite a bit if you choose to ignore the myths and take an adventure south of the border.

I first decided to move to Mexico when I visited in 2010 to get Lasik for my nearsightedness, or myopia. I had enough of worrying about where I put my glasses and struggling with contact lenses. My VA healthcare didn't cover vision and so I was spending several hundred dollars per year out of pocket on exams and hardware. Even a VA eye doctor in the U.S. told me Mexico was a bad idea for the surgery, but didn't have anything to say when my vision went from 60/20 to 15/20. The best part was I paid about $400 USD (about the cost of a year of vision care) for a procedure that would have cost several thousand up north.

Lasik and cosmetic surgeries aren't the only ways to save here. Las Farmacias in Mexico are everywhere. They are like shining beacons of health, carrying cures to what ails you 24 hours a day, just a few blocks away. In the U.S. when I needed to refill on anti-depressants to treat my PTSD, it was a 4-hour ordeal that I had to plan months in advance. Where I live now it takes me about 15 minutes to get my meds, and I don't need to wait to see a doctor. Many non-narcotic medicinals which usually require a prescription are available over the counter for a fraction of the price down Mexico way. 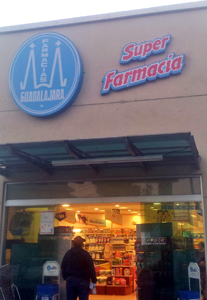 If you need narcotic pain-killers or tranquilizers, most Farmacias often have a doctor on hand who will give you a prescription consultation for a few dollars. Many times the consultation is free of charge if you fill the prescription at their pharmacy. Pharmaceutical amphetamines on the other hand, used to treat ADHD (also known as diet pills) are very uncommon here, they do require a prescription, and few pharmacies carry them. Don't try to buy the above narcotic drugs without a prescription. You can go to jail for this. It's not worth trying.

If you're bringing these drugs with you up to the U.S., remember to claim them when crossing. This isn't something worth paying a big fine over. Though anti-biotic drugs and anti-depressants don't require a doctor's note here in Mexico, you will need one for when you go back to the U.S. The pill boxes and bottles aren't the orange Rx containers we're used to in the States. You will need a separate note with a doctor's signature. You aren't allowed to bring more than a three-month supply.

Don't let those regulations scare you. I personally never worry about claiming drugs at the border because I live in Mexico. Healthcare is generally much more affordable here. Why? Many doctors in Mexico are trained in state universities that don't charge high tuition rates like you see in the U.S. Big pharmaceuticals scale their rates down in less economically rich countries to meet supply and demand.

I can personally speak to the credentials of the medical professionals here. My father-in-law is a retired doctor for Mexico's federal health system. Many doctors in the U.S. train in Mexican medical schools to save on tuition rates. Latin America's medical education and training derives from the same schools as North America and Europe. The people just happen speak Spanish here.

Remember to bring some Spanish with you when you need to get a prescription. Many doctors do speak English, but not all. And remember to buy insurance for your vehicle before you make the trip down south.