How Is Cinco de Mayo Celebrated in Mexico?

When you think of Cinco de Mayo, what comes to mind? Incredible food? Margaritas? Beer? Vibrant costumes? Music and dancing? Although all of the above symbolize this historic celebration (particularly in the United States), there's a lot more to be discovered -- especially once you cross the border. What Is Cinco de Mayo? You may have... Read More » 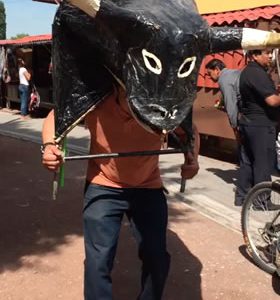 Cholula, Puebla, Mexico Visits to Mexico are most often filled with adventure, entertainment, culture and fun. And sometimes the culture involves a local festival or celebration. In this video, Mexpro employee, Itzel Greenheck, found herself in a parade celebrating a Catholic Saint, while visiting Cholula, in the Mexican state of Puebla. Many of these types... Read More »

Remembering The Dance of the Pole Flyers Performed in Cholula, Puebla, Mexico   It was a warm afternoon at the National Museum of Anthropology in Mexico City, dozens of middle school scuttled around the sculptures while the staff tried to teach them about Mexico’s pre-Columbian heritage. “Shhh, be quiet” said one of the teachers, allowing... Read More » 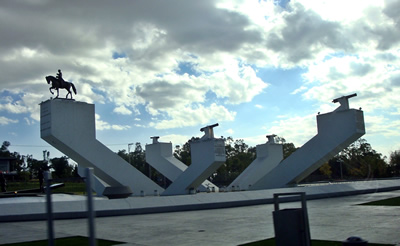 On "Cinco de Mayo" in 1862 the Battle of Puebla, Mexico was won by the Mexican Army, who was invaded by the French, the most mighty military power of the time... Read More »

My Pueblan experience in one word: churches. From my hotel room in the center of Puebla City, what stood out: the crosses of cathedrals on the skyline... Read More »

Excursion to Puebla: Part I

Our destination city of Puebla. From my hotel balcony I see a vista of cobblestone streets, 400-year-old architecture and countless churches & cathedrals... Read More »

Mole poblano is the star of the Festival Internacional del Mole, which will be cooked, discussed, and tasted by culinary luminaries from the U.S. and Mexico... Read More »