Affordable Retirement in Mexico: What You Need To Know Whether you’re nearing retirement age or planning for the future, you’ve probably already heard that Mexico is one of the most popular retirement destinations in the world for Americans and Canadians.... Read More »

Have you Considered Medical Tourism in Juarez, Mexico? 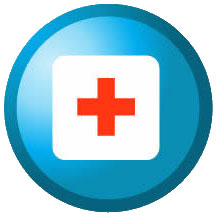 Every year thousands of medical tourists from around the world are lured to Mexico by its easy access to competitively priced, high quality, medical care... Read More »

If there’s a list of good reasons to visit Mexico, affordable health-care will make the top 5. I can personally speak to the credentials of the medical professionals... Read More »

From DailyLocal.com You may not know it yet but, if you are over age 65, you have been given specific permission and encouragement to enjoy yourself especially this month. May is “Older Americans Month” and the theme this year is... Read More »

About one million U.S. expats already live in Mexico, and that number can grow to five million by 2025, according to estimates based on U.S. Census figures... Read More »

Emergency Medical services in Mexico can vary from locale to locale and may also vary depending on the ability of the patient to afford them... Read More »

Healthcare in Mexico | Myths and Facts

For a low annual flat fee, participants have access to a health care plan with no limits, no deductibles, no charge for virtually all medicine, tests and more... Read More »