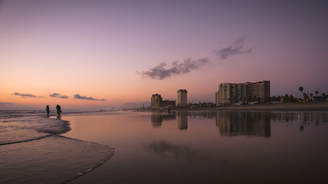 A Christmas getaway to Northern Baja, Mexico, is sure to create memories you'll not soon forget. If you wish to stay close to the border during the holidays, keep these great destinations in mind. Northern Baja, Mexico, borders the U.S. state of California and features beautiful beaches and majestic deserts. This serene and picturesque region... Read More »

2014 Tijuana Cultural Art Festival Entijuanarte The name, Entijuanarte, is a mash-up of the three Spanish words: “en,” “Tijuana,” and “arte.” Translated, it means “Art in Tijuana” or “in Tijuana there is art.” The three day festival is set to take place again, beginning on Friday, October 3rd, and continuing through Sunday, October 5th. Over... Read More »

The U.S. Consul General in Tijuana believes the travel alert will be reconsidered once it confirms that the security situation in this border area has improved... Read More »