Off the Beaten Path and Out of This World: Mexico's Hidden Gems 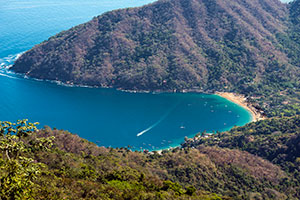 Pristine beaches, inspiring deserts, tantalizing cuisine, culture around every street corner, and history at every bend of the jungle -- these are but a few reasons to drive south of the border as soon as you can. Naturally, the popular beach destinations in Mexico are worth seeing. But some of the country's most beguiling sites... Read More »

Traveling with a group of like-minded recreational vehicle enthusiasts provides a special kind of camaraderie, and it offers greater security in numbers... Read More »

The Copper Canyon region in Mexico is the informal name for the area, in the south-west part of Chihuahua state, where several deep canyons bisect the Sierra Tarahumara. The 10,000 km2 area, part of the Western Sierra Madre, is home to about 50,000 Tarahumara Indians, one of the largest native Indian groups in North America.... Read More »

The most popular way to explore the Copper Canyon, Mexico is on the Chihuahua al Pacifico Railway, affectionately known as "Chepe.".. Read More »