Where is the Best Fishing in Mexico? 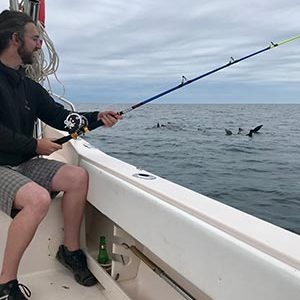 It's summertime and one of the things that vacationers like to do this time of year is go fishing. Mexico is a country rich in opportunity for adventure and tourism, and one of those adventures is fishing. Bordered on multiple sides by the Atlantic and Pacific Oceans, as well as the Sea of Cortez, Mexico... Read More » 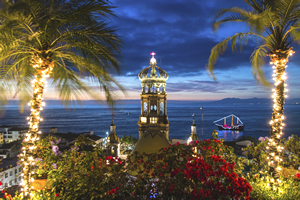 If grand parties and festivals, affordable prices and warm weather is what you are looking for--then these Mexican destinations are for you this Christmas... Read More »

Second annual comedy festival in Cabo San Lucas Cabo Comedy Festival The Cabo Comedy Festival is set to take place October 1st, through October 5th, 2014. The slogan for the comedy event is: “Where the Land Ends and the Fun Begins.” Dozens of the best stand-up comedians from the U.S. and, around the world, will... Read More »

Now is the time to come to Cabo as the fishing is still really good and not only that there is some really good deals on airfares lately... Read More »

The campground part of Club Cabo Hotel and Campground Resort in Mexico (US$16–19) has 10 sites for tent camping and another 10 for small RVs... Read More »

Escape to Los Cabos, Mexico for the Winter Holidays

The holiday season is a favorite time for visitors to Los Cabos, with a wealth of local cultural attractions. .. Read More »

A road trip down the Baja peninsula to Cabo San Lucas or San Jose del Cabo is one of those once-in-a-lifetime experiences... Read More »