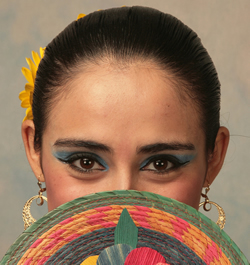 Not Just an American Holiday | Thanksgiving Traditions in Mexico 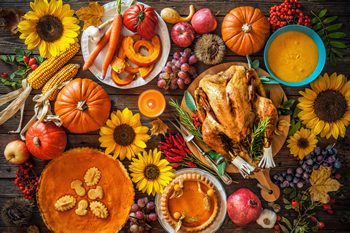 Thanksgiving customs in Mexico have some similarities to the American Thanksgiving, but there are many local traditions as well. Although Thanksgiving is traditionally regarded as an American holiday, this festive occasion is becoming increasingly popular in Mexico. This is partly due to the influence of the roughly 1 million American residents who have emigrated from... Read More »

Chiles en nogada, a dish from Mexican cuisine Mexican Independence Day, celebrating Mexico’s independence from Spain, takes place this week, on September 16. The preparation and consumption of the traditional Mexican dish, Chiles en Nogada, precedes the Independence Day celebrations. “Walking through the gardens of memory, I discover that my recollections are associated with the... Read More »

What Food Should I Eat in Mexico?

Going to Mexico? Are you a foodie? Just want to sample local fare? What food will give you the real taste of Mexico? We’re going to give you the answers--learn about the most popular and authentic foods of Mexico so you can get on with sampling the next time you get down there. Mexico is... Read More »

We've Made Our New Years Resolutions. Have you? 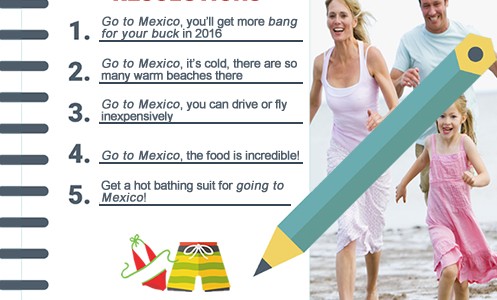 The New Year is closing in on us quickly and it’s time to make your New Year’s Resolutions. If you’ve not done so yet, Mexpro.com is here to help you out. We’ve come up with five we think are pretty good and that you will enjoy completing... Go to Mexico, you’ll get more bang for... Read More »

Chiles en Nogada and Mexican Independence Birth of an empire and its flag The Mexican War of Independence began on September 16th of 1810, with Father Miguel Hidalgo’s call to arms, ringing out from the little town of Dolores, in Guanajuato. Over eleven bloody years later, on September 27th of 1821, an army of unified... Read More »

Montezuma's revenge is most often caused by drinking contaminated water or by eating fruits or vegetables that haven't been properly washed... Read More »