As you plan your next trip to Mexico, your mind might be on all the fun and relaxation you're expecting when you arrive. But before you can truly unwind and enjoy your time there, you need to focus on the logistics of traveling by car, and this includes buying Mexican car insurance. Not only is... Read More »

Can I Use my US Cell Phone in Mexico?

Let the Mexpro Angels Answer your Questions Q: You're asking if your US cell phone will work in Mexico. A: Typically, the new phones will convert automatically to work in to Mexico.  Back in the day I know you had to do *228 before you crossed over but I think the phones just automatically do... Read More » 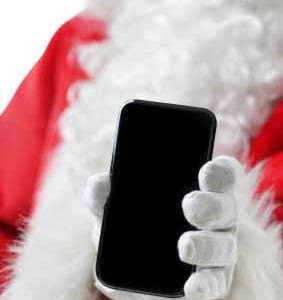 Mexpro just released our new mobile site! If you are on the road, hand the phone to your passenger, have them go to Mexpro.com. We can email your policy... Read More »

There are a lot of great maps online that can be used in Mexico. Be cautious, smart, and aware. Remember that phone apps require a data plan... Read More »

Some of the early online reviews for the “Best Time to Cross the Border” for iPhone have applauded the new app: “Amazing app! So helpful!”.. Read More »

Tips for Traveling with Your iPhone or iPad

A foreign trip is exciting, but figuring out your AT&T iPhone/iPad connectivity while traveling out of the country can be challenging. Here's some firsthand tips... Read More »

It's the Travel Apps that blow my mind. If you're a frequent, avid traveler I'd highly suggest that you pick up such a smart phone and download these apps... Read More »

In April of 2009, Mexico's lawmakers passed a decree requiring all pre-paid cell phones be registered by April 10, 2010-or face being cut-off from their network... Read More »