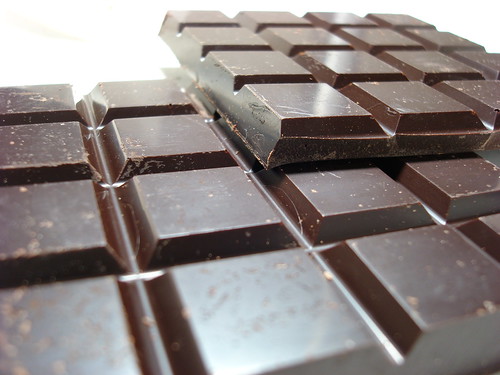 Some of my favorite foods come from Mexico

Having grown up in southern Arizona, close to the Mexico border, I have long been a fan of delicious Mexican cuisine. Tacos, tamales, enchiladas, flautas, chimichangas, fajitas, chile rellenos, burritos, quesadillas, chili colorado, chili verde, and cheesy nachos with jalapeños, are some of my favorite dishes. I also regularly enjoy munching on tortilla chips with spicy salsa and/or tasty guacamole. But, did you know, that Mexico is also the birthplace of, one of the world’s all time greatest foods (at least in my humble opinion), chocolate?

Chocolate has long been considered to be an aphrodisiac, and is also purported to give strength to those who consume it. The word “chocolate” appears to have been derived from the Nahuatl (an Aztec language) word for bitter water, "xocolatl." The process of fermenting, roasting and grinding the beans of the cocoa tree (theobroma cacao), dates back to around 1900 BC, and originates from the pre-Olmec, Mokaya people, who inhabited the Soconusco region, located between the Sierra Madre and the Pacific Ocean, in the southwest corner of the modern day Mexican state of Chiapas. The Olmec culture appears to be the first to have domesticated the cacao plant, and originally used it to make medicinal potions to treat fevers and headaches, and also as part of some religious ceremonies. Cacao seeds, were considered to be a gift from the feathered serpent God of wisdom, Quetzacoatl, and at one time were used as a form of currency by the Aztecs.

Chocolate has a bitter-sweet history

In 1519, when the Conquistador Hernan Cortés arrived from Spain, the Aztecs mistook him to be their returning God, Quetzacoatl, and offered him hot chocolate, because it was considered to be the “drink of the gods.” However, the early drink, which was made by mixing the grounds of roasted cacao seeds with water or wine, corn meal and chili peppers, was much bitterer than the sweetened version that most of us enjoy today. After their conquest of the Aztecs, the Spanish imported chocolate back to Europe, where sugar and honey first started being added, to offset the bitter flavor. Today cocoa is shipped to factories, to produce chocolate, all around the world, but the bulk of the world’s supply of cocoa beans now comes from the West African Ivory Coast, instead of from Mexico, where chocolate first got its start.