Eating hot food, to be cool 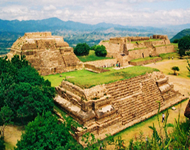 It is no coincidence that spicy cuisine and spicy dishes are most common in regions of the world that also have the hottest climates. It is also no coincidence that spicy food is so popular in Mexico, since most of the country has ideal conditions for growing chili peppers. It is not just the great growing conditions that have made spicy chili peppers so popular in Mexico for thousands of years, but also the many health benefits that they can provide. Eating spicy food typically makes most people sweat, and as sweat evaporates, the body’s core temperature actually begins to cool down. Chili peppers are great sources of many essential vitamins and minerals as well. As a bonus, they contain capsaicin, which is made up of many disease fighting antioxidants. Amazingly, hot spices actually have some beneficial antimicrobial effects, and they have long been used, especially in hotter climates, to help kill bacteria and prevent food spoilage.

“People of the corn”

Corn, or maize, has long been an important food staple in Mexico and is believed to have first been cultivated in the region between 6,000 to 10,000 years ago. The Mayans have a creation story that tells of the creator using ground corn to form the bodies of the first man and woman. While the Mayans are often referred to as “The People of the Corn,” it is the Aztecs who are believed to have been the first to grind corn to make a thin bread known today as the corn tortilla. Along with corn, the diets of the indigenous peoples of Mexico have long included avocados, squash, peanuts, tomatoes and beans. Mexico can also be credited for introducing the world to the wonderful flavors of chocolate, vanilla and coconuts!

Influences from around the world 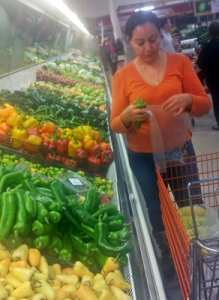 The Mexican food that we enjoy today is based on a mixture of Spanish and European influences combined with the Mesoamerican influences of the indigenous peoples. The Spanish Conquistadors were the first to bring cheese into Mexico, and they also introduced a number of different meats that are popular in many Mexican food dishes today, including: beef, chicken, pork, mutton and lamb. The Spanish were also the first to bring rice, cooking oils, as well as many different herbs and spices, to the region. Centuries later, immigrants from Germany would bring their beer brewing techniques to Mexico. Also, many of the sweet treats that we find in Mexican bakeries today have come from the influence that the French had, during their brief intervention in Mexico.