Did you know, that Mexico is also the birthplace of, one of the world’s all time greatest foods---chocolate?.. Read More »

Expat Back in the US: Part 1

After living in Mexico for more than 20 months, I am back in the US vacationing. I didn’t realize how much I would miss my life in Mexico; and here's why... Read More »

The Tradition of the Carne Asada 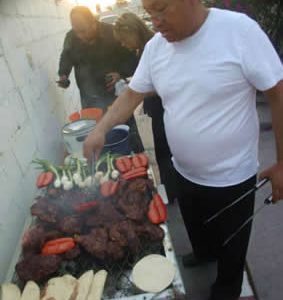 In the north of Mexico a "carne asada" is a social gathering, like if someone invites you to a barbecue."Carne asada" translates to "grilled meat.".. Read More »

Christopher Kostow, one of many chefs traveling to Mexico stated, "you come to Mexico to learn what's old," referring to the indigenous cooking traditions... Read More »

Mexico offers everything from pyramids and ecotourism to tequila

There are several states that specialize in ecotourism. One of my favorites is Chiapas, which also has options for adventure travelers. .. Read More »

While vacationing in Rocky Point Mexico when there was no one there, we got to enjoy the city at an easy pace and eat at many of the restaurants... Read More »

Award-winning author DBC Pierre takes us on a tour of the Mexico City neighbourhood where he grew up. From San Angel market where stalls selling exotic fruit, piñatas and street food give visitors a 'crash course in Mexican culture', to the cantina he frequented as a boy and where he learnt a vital life lesson... Read More »