On a Quest for Mexican Seafood 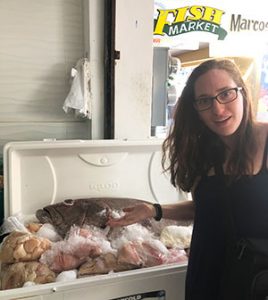 My primary goal of going to Mexico was honestly the food. Specifically, seafood. My friends and I decided to drive down to Puerto Penasco for a long weekend. They all wanted to do zip lines, banana boats and jet skis! Which is great, don't get me wrong, tons of fun. But for me, I was solely focused on the food. While they slept in, I woke up bright and early and headed to the Malecon. The local fishermen tend to head out around 4 or 5 am, and come back to the Malecon market with their fresh catches by 7 or 8 AM. The free parking is usually pretty empty if you arrive around 7:30am. But as of 8am, when all the markets start opening, it fills up pretty quickly. You can always pay $5 for a parking lot, but I like to get there early for the best spot and the best fish! 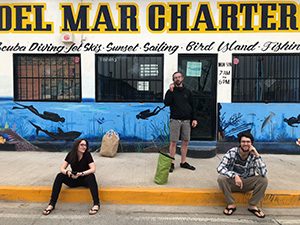 As the shops open you can watch all the coolers being filled with ice, and then they unload the boats. I saw a grouper than weighed more than I do, larger than my entire torso; it could probably have eaten me alive! Very impressive. There were large whole fish, and butchers filleting dinner portions. The shrimp was bigger than my fists. Fresh scallops were being shucked and de-skirted, largest I've ever seen. The variety was too much to handle, suddenly I realized I did not bring a big enough travel cooler! I had a little lunch bag, but what I needed was a full Canyon Cooler!

Some purchases were being weighed in American units, some in Metric. I attempted speaking Spanish since of my vocabulary mostly consists of food. But all the shop keepers were bilingual, we were speaking "Spanglish", and converting units when necessary. For as confusing as it sounds, we actually were all able to communicate very quickly and efficiently! By the way, these shop keepers love to haggle, especially if you are standing between two shops. They low ball each other until they can get you into their shop, which ultimately means better pricing for you! Many times, they will offer you a price per pound for just the fish. If I counter with a lower fish price, because I also need to go buy tortillas and salsa, nine times out of 10 they have fresh home-made tortillas, cabbage, cilantro, and other condiments there! I have gotten half price off my fish, just by purchasing $3 in additional produce! They provide me the ice, the fish, the ingredients to make tacos! I didn't have to buy food for a majority of my trip. 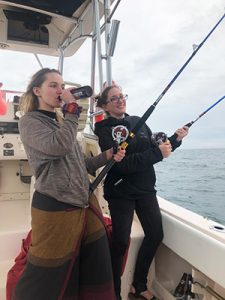 After buying so much, I kind of wanted to catch it myself. I am not a skilled fisherman by any means, but I have always wanted to cook and eat something I got with my own hands! Well apparently, after all the fisherman sell their fish to the markets, they then make themselves available to tourist for charters! I went with a fisherman named Daniel from Del Mar Charters, a professionally run company, so I felt safe. But they were also the best priced with the best amenities! They provided breakfast burritos, beer, water, fish bait, rods for our entire group, and some excellent fishing tips! From 8 AM to 3 PM we were on the boat following all the big schools of fish. We caught Grouper, Trigger Fish and Sea Bass this time. Although in February I heard you can also catch Yellowtail! And as we were fishing we saw sea Lions and even a pod of Dolphins! And finally, on our way back, Daniel filleted our fish and got it all bagged up and ready to eat for us. Didn't charge us for his extra work or the fish, it was all included in the base price. Once we made it back to land, we cooked up some amazing tacos! I was very proud of this meal!

I caught about 6 pounds of fish and purchased another 4 pounds of various crustaceans. On my way back up the U.S., the customs officer asked if I was bringing anything back. I said some tortillas, some fish, hot sauce and Mexican vanilla. I guess the Lukeville crossing uses the honor system, because no one verified that this was true. He just said Ok and waved us on through. I'm always honest with declaring my belongings in case they want to charge me some type of import fee. Legally, it is much better to declare it and pay a really small fee than be arrested. In which case, they take your stuff and you pay a larger fine.

All in all, my friends were excited to go on a boating expedition with me, and I got my seafood! Win win! Delicious mission accomplished!