Some Great Reasons to Visit Michoacán 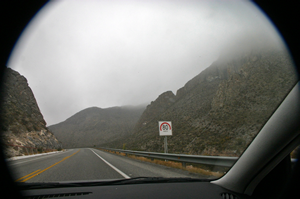 Formally referred to as Michoacán de Ocampo, the Mexican state of Michoacán is a great destination for those looking for a place that is a little more isolated, and with typically far fewer tourists. The area was the ancient homeland of the P'urhépecha people, who built an imposing empire, that at one time rivaled that of the Aztecs.

Today, the region is still inhabited by the descendants of the P'urhépecha, as well as the Otomi and Nahua peoples. Michoacán offers a more personal and genuine way to experience an authentic Mexico that most tourists never get to see. There are lots of excellent attractions in the state. Here are some places of interest that you may wish to add to your Michoacán itinerary.

Morelia, located to the south west of Mexico City, is the capital and largest city in the state of Michoacán. The city is named in honor of the Mexican Roman Catholic priest, and War of Independence revolutionary rebel leader, José María Teclo Morelos y Pavón. Morelia is a designated World Heritage Sites, with many historical cathedrals, mansions, aqueducts, and plazas dating back to the 16th century. There are also many notable museums in Morelia that are dedicated to the art, architecture and history of the region, as well as for the preservation of its wild species. Throughout the year, there are all sorts of festivals held here to celebrate and promote music, film, dancing and social awareness. There are about a hundred different hotels to choose from in Morelia, with some of the more luxurious options being located near the areas main attractions.

Pátzcuaro, is a historical town, surrounded by volcanic mountains and situated just to the south of Lake Pátzcuaro, in central Michoacán. Pátzcuaro was originally named "Tzacapu-ansucutin-patzcuaro," which translates as the "door to the heavens," or "place where the darkness is made." This hub for art and culture was designated, by Mexico's Secretary of Tourism, as a "Pueblo Mágico (Magical Village)," in 2002. It is also listed by the United Nations as one of the top 100 Historic World Treasure Cities. First founded around 1320, this municipality still retains much of its indigenous and colonial heritage. There are numerous plazas, churches, shrines and other historical sites to see. It is also well known for its great restaurants, sidewalk cafes and marketplaces. There are dozens of hotels in the area and lots of interesting attractions. Each year, tourists flock to Pátzcuaro to take part in festive week long celebrations held to honor the Day of the Dead, and then again around Easter.

Along the northeast shore of Lake Pátzcuaro, you will find the small town of Tzintzuntzan. The indigenous P'urhépecha people gave this little town its name, which comes from the word "Ts'intsuntsani" which means "place of the hummingbirds." One of its main attractions is a hillside Mesoamerican archeological site, with ancient mysterious ruins overlooking the modern day town. Once the capital of the P'urhépecha Empire, the site is remarkable for its rounded stone pyramids that are unlike any other pyramids found in Central America.

Two of the most exceptional beaches in the state of Michoacán are Playa Azul and Caleta de Campos. The coastal community of Playa Azul is located approximately 26 km from the port city of Lázaro Cárdenas, and is a popular destination for those who enjoy soft sand, surfing, exploring wetlands and going on sunset boat cruises. The area offers a wide variety of restaurants, as well as many different lodging options, including: camping areas, cabins, bungalows, and accessible hotels.

About another hour or so drive to the west, lies the cliff-side town of Caleta de Campos. With its mirror-like waters and yellow sand, it is a popular destination for fishing, scuba diving, swimming and other water sports.

"La Reserva de la Biosfera Mariposa Monarca" is another World Heritage Site and a designated conservation area, situated in the subtropical coniferous forested eco-region of the Trans-Mexican Volcanic Belt, in eastern Michoacán. The reserve is the destination of the world's largest migration of North American monarch butterflies. Every year, up to a billion monarch butterflies converge on the area beginning in October and then staying till March. There are two butterfly colonies, the Sierra Chincua reserve in Angangueo and El Rosario reserve in Ocampo, that are opened to the public from November through March.

The drive to Michoacán

Getting to Michoacán from the U.S. border will take several days. But there are a lot fun things to do, as well as an abundance of great scenery to take in along the way. Before you go, be sure you have a passport, and you will need to obtain a temporary vehicle import permit. Mexico auto insurance is also very important and can easily be obtained online from the Mexico Insurance Professionals at www.Mexpro.com. If you don't already have a health insurance policy that extends coverage into Mexico, it's a good idea to purchase Travel Insurance, so you'll be better prepared if an unexpected accident or illness occurs.