Where to Get the Best Exchange Rate for Pesos 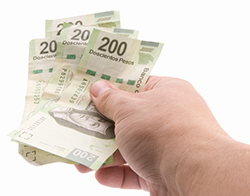 So, you're going to México for vacation. In addition to planning where you'll stay and what you're going to do, you probably have questions about money. Can you use your credit/debit cards? Should you get pesos prior to leaving home, or exchange dollars for pesos once you arrive? Do you even need pesos or is it better to use dollars? Are dollars accepted? What is the best way to get pesos, should you decide you want them? Below we have answers for you and give you dollar smart tips on paying for goods and services while in México.

In México, cash is still king. While most resorts and shops/restaurants in tourist areas will accept your credit/debit cards, if you venture off into more rural areas, the small shops and restaurants usually want cash. They do not have the means to be paying the credit card companies their cut of the sale. So be prepared to pay for most things, except for hotel rooms and tours, with cash.

Another thing to be aware of is some credit cards have large foreign transaction fees. Check on your card to see what the charges are should you use it abroad. There are some out there that do not have these fees and those are the better cards for traveling abroad.

Should you decide to use dollars, the same is true. Your dollars need to not be torn or marked. The newer the better.

When traveling in México, it is best to plan on using the national currency, the peso. Doing so will save you money, as the exchange rate offered by merchants and restaurants is usually not favorable. Also, there are large areas in México where dollars simply are not accepted as the locals have no way to exchange them for pesos. While most of the highly touristed areas will accept dollars, the smaller towns are not set up to accept them.

The Best Ways to Get Pesos for Your Trip 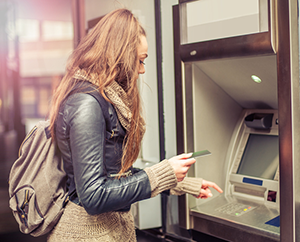 ATM machines in México are called a "cajero automático," or just "cajero" (remember the "j" is pronounced with an "h" sound). Using an ATM is probably the easiest/cheapest way to get pesos once you are in México.

Here are a few things you need to know for trouble free ATM access.

While ATMs are convenient and everywhere (at least in larger towns), the tried-and-true methods of converting your money to pesos also still work.

If you plan ahead, you can buy pesos from your bank. Depending upon your bank and where you are, they may or may not have pesos on hand, but they can order them for you, which usually takes a few days at most. Ordering through your bank gives you a good exchange rate and assures you that you are getting valid currency. As a bonus, some banks even offer discounts for online or mobile foreign currency purchases and will deliver to your home for free. Check your bank's website or call them for more information.

You probably won't want to take out a large dollar amount in pesos from your bank, simply because walking around with a large amount of cash risks losing it or having it stolen. But if you get pesos before leaving for Mexico, you'll be assured of having cash-on-hand upon your arrival for things like taxis, tips, or refreshments. (ATMs are great until they're out of cash or down for maintenance.) 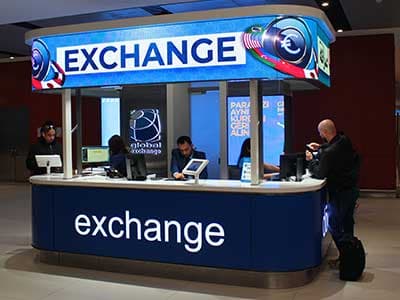 Lastly, the other way to get pesos is to buy them from a casa de cambio (exchange house). A casa de cambio is a currency exchange office, oftentimes they look like booths or offices in airports and towns.

You usually will not get the best exchange rate there and even less so at the ones at the airport. Many of these charge a commission on the amount exchanged as well as not offering the best rates. Conventional wisdom is that these are best used to exchange a small amount of left-over cash back into your home currency as you leave México. (For large amounts, your bank at home should be able to buy it back from you.)

In summary, México is still a cash-based economy so when traveling to México it's best to plan on using the local currency, the peso, to make your travel budget go further. Use a combination of your bank and ATMs to get your pesos to get the best exchange rate. Credit and debit cards can be used in most hotels and in the large tourist areas but will be more rarely accepted in the smaller towns.

Here's to getting the most bang for your buck!