Where are the Best Places to Spend New Year's in Mexico?

While our neighbor to the south is no stranger to throwing a party, some places in Mexico are ideally suited for celebrating New Year's Eve in grand style. Whether you're planning a romantic getaway for two or bringing the whole family along, we've put together the best places to ring in the New Year in Mexico for you. 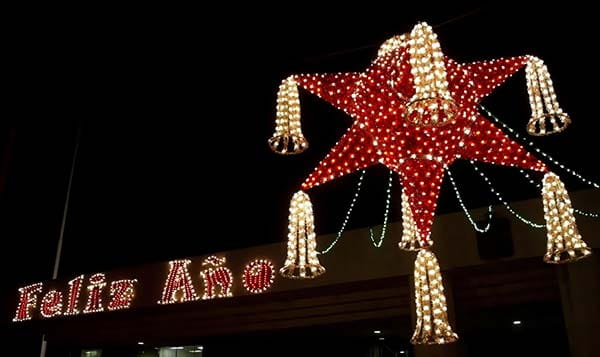 Where to Spend New Year's

Nestled at the foot of Cerro de la Silla, a giant jagged mountain and monument, Monterrey is less than 100 miles from the U.S. border. You can enjoy a hike and some truly stunning views at the top of one of its four mountain summits: Pico Antena, Pico Norte, Pico Sur and Pico la Virgen.

The city has some of the best nightlife attractions in Northern Mexico. Barrio Antiguo is where you'll find the heart of the city, and it's New Year's celebrations.

This popular beach resort town is also one of the most unique spots in the Western Hemisphere, thanks to its extensive biodiversity. Expect exotic flora and fauna, with whales and dolphins, which can be seen from the Malecon.

The town has a vibrant art scene, frequent cultural festivals and a wide range of restaurants including local fare and international cuisine. It's even been named "The Most Romantic Destination in Mexico."

There's a host of other New Year's Eve events in Puerto Vallarta. If you're not into romance or Pirate Ships you can go to the Garza Blanca Resort for the Arabian Nights New Year's Eve gala. You'll get a four-course meal, and they have a kid menu too.

You can never go wrong eating at Thierry Blouet's iconic Cafe des Artistes, and for New Year's Eve you can expect to eat even better than normal.

At the Malecon (El Faro del Malecón) you can watch fireworks and listen to live music, or you can head to Olas Atlas street in the Romantic Zone and dance the night away with the street performers at PV's New Year's Street Party. So much to do, and only one night to do it!

In Guadalajara, the home of mariachi music and the famed Guadalajara Cathedral, locals and tourists alike head out into the streets to celebrate the festivities. Wearing yellow is considered good luck and eating local dishes like bacalao (dried salted codfish), with chillies, tamales and green olives is a must. The city comes alive with colorful lights and firework displays. There are also parades and live music.

You won't want to miss the throwing of the coins where local community members toss troy silver coins for children to pick up and spend in the new year. End the year with a tequila and a swing at the piñata along with all the street fun, and you'll be fully celebrated in Guadalajara.

Want more? You can find resort and night club events on allevents. 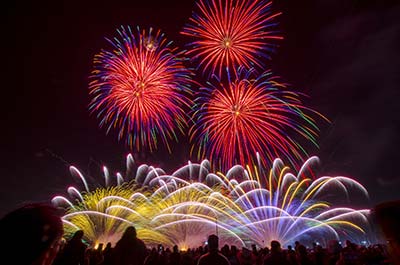 If you're in Mexico City for New Year's Eve, El Zocalo, located in the city's Historic District, is the place to be. It is home to the country's biggest celebration, The Zocalo Street Party includes dancing, costumes, lots of food, and an impressive fireworks display at midnight. The party spans several major roadways; Palacio de Bellas Artes to Paseo de la Reforma Boulevard will be closed. The festivities begin early on New Year's Eve.

If you want to go to a bar or club after midnight head away from the city center to The Joy Room. Find other popular Mexico City clubs here.

This popular tourist destination is well-known for its fabulous nightlife, clubs and bars. Some of the world's most popular DJs perform in Cancun during New Year's and the champagne has been known to flow freely and well into the night. After parties are common and often sell out just as quickly as the main events. Head to eventbrite to buy tickets to one of the many New Year's Eve parties happening in Cancun and nearby. Be sure to dress for warm weather, as temperatures average around the mid 70s or low 80s in December.

Whether heading to Mexico or not, you may want to participate in some of these fun rituals practiced in Mexico.

During the 12 chimes that occur at midnight, 12 grapes are eaten, one at a time. This is done to ward off evil and bring good luck in the new year. Each grape signifies one of the 12 months of the year. Every person celebrating will have a glass with 12 grapes (uvas) — maybe in addition to a glass of champagne — and make a wish each time they eat a grape.

Choosing a specific color of underware may give you some advantages in the new year. Yellow or gold is said to bring wealth and happiness, while Red is worn to bring love. Green is for health and well-being, and white is for hope and peace.

Another tradition involves sweeping dirt from the home, and then sweeping in some coins afterward to bring prosperity.

Take Your Suitcases for a Walk

Take your suitcases for a walk around the block if you want to ensure safe travels during the new year.

Sometimes money is taped to the front door of a home in order to invite money into the home during the coming year.

Eating lentils or giving others lacey bags of dried lentils is also supposed to bring prosperity. Sometimes the dried lentils include cinnamon, coins, and even family photos.

Fireworks frighten evil spirits away and bring good luck into the new year.

Letting loose and having a good time is part of the fun on New Year's Eve. However, this doesn't mean that you should throw caution to the wind. If you're at a club, keep an eye on your drink, as well as your wallet or purse. Don't flash expensive jewelry or money when walking down the street, and be sure to store your valuables in a safe at your hotel. Avoid walking alone at night and don't accept invitations to private parties from strangers.

Covid-19: It's imperative to know and follow the Covid-19 restrictions and requirments of the area where you are staying. Mexico City and others recommend you keep montitoring the status of your New Year's events, as they could change due to the current status of the virus.

While New Year's traditions vary around the world, one thing is for sure — there's always fun to be had on this special day. Celebrating New Year's in Mexico is certain to be a memorable experience no matter which city you decide to welcome it in. Enjoy!