The Vaquita : the Worlds Rarest Porpoise

The Vaquita porpoise is a small species that lives only in a 40-square-mile area of the northern part of the Gulf of California in the Sea of Cortez. This is the smallest living space of any marine animal in the world. 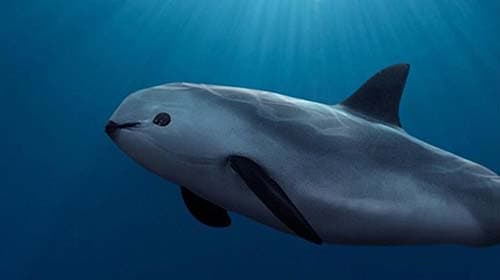 According to some scientists only about 8 porpoises are alive today. Their demise is attributed to gill nets used by local fishermen. The nets, used to capture shrimp (a big business in this area of the Sea of Cortez) and a fish that is popular in China, who pays large sums for it, are the greatest cause of death among the species. Called “bydeath”, the Vaquita are snagged in the nets and then drown. 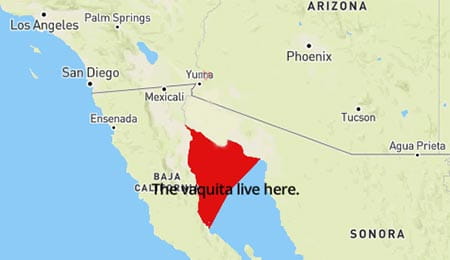 In 2007 The Baiji, or Yangtze River dolphin, became the first cetacean species to be declared extinct due to human activities. The Baiji lived in the Yangtze River in China.

Read more about the Vaquita on the World Wildlife Foundation (WWF) website.

Contribute to or learn more about organizations trying to save the Vaquita below.

And don't forget to celebration International Save the Vaquita Day this year on July 7.