The Best Tequila In Mexico, From the Blue Agave of Jalisco | History of Tequila

A popular activity for those who visit Mexico is sampling agave-made elixirs. And the most popular of these, is tequila!

The blue agave of the state of Jalisco is considered the only true member of the tequila family. Only spirits made of the Jalisco area blue agave can officially be recognized as true tequila. 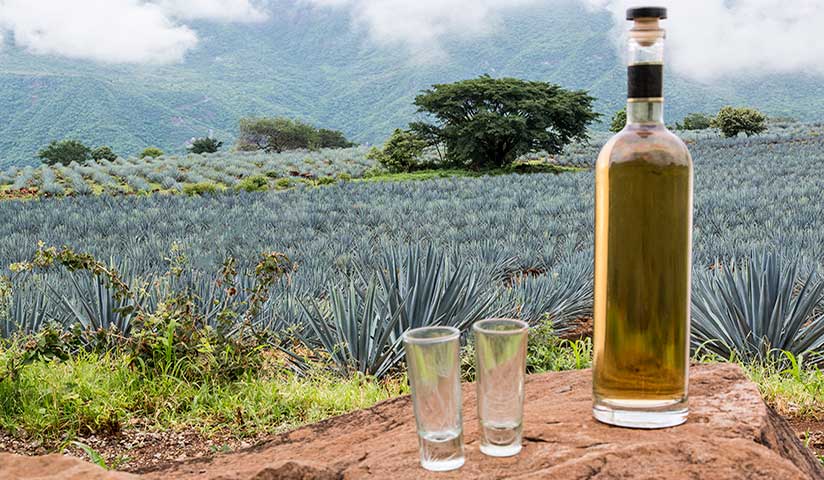 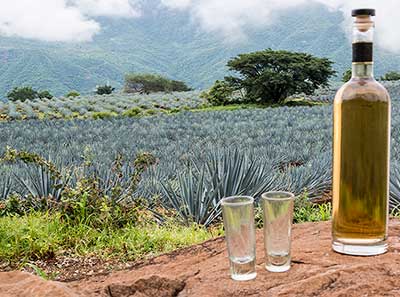 In 2006 the most expensive liter bottle of liquor ever sold was Jalisco-made tequila, at a price of $225,000 U.S. But you don't need to spend that much to get a great bottle of tequila in Jalisco. There are many small producers in the rolling desert of Jalisco offering tastings and reasonable prices. The high price, however, is an indication of the history and quality of tequila that is produced in this region of Mexico.

Tequila is made from the hearts of the agave plant. If you drive through the Tequila region, row upon row of agaves flash by, like giant half-buried pineapples. Despite its sharp thorns and blue-green hue, the agave is a succulent, not a cactus. There are more than 200 species of agave and one-hundred and six varieties grow in Mexico.

The agave tequilana, more commonly known as the blue agave or tequila agave, of the Jalisco region of Mexico, is better suited for distilled alcoholic beverages due to the high production of sugars in it's core, called the heart or piña. It grows in areas around 5000 feet in altitude, in sandy soils, and arid climates. It's leaves or arms can reach up to seven feet in length. 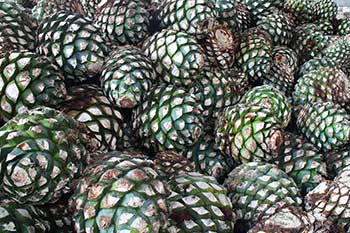 The tequila agave is harvested after about 14 years. After removing the 80-200 pound piña (heart) from the plant, and steaming it to release the sugars, it is crushed to extract the aquamiel (translated 'honey water'), which is fermented and distilled to create tequila.

The Mexican devotion to the agave plant or maguey (agave used to make alcoholic drinks) is rooted in ancient history. The Olmecs referred to fermented agave as "a delight for the gods and priests." The Aztecs worshiped Mayahuel, goddess of maguey, who was followed everywhere by a cohort of 400 drunken rabbits. Her husband Patecatl was the god of pulque, a slimy yet highly nutritious alcoholic drink made by fermenting the maguey sap.

The Spanish initially built primitive mud stills to make agave wine, but if you nose around into the history of tequila, you'll discover that distilled agave nectar, or mezcal, didn't really catch on until after 1565. The Spanish government opened a trade route between Manila, and Mexico in that year. The laborious route carried Mexican silver to the Philippines, where it was traded for luxury items from China, and then the Chinese goods were brought back to Mexico.

The Filipino sailors who returned to Mexico with the ships would change the culture of Mexico forever by bringing mangos, coconuts and portable stills. Those sailors who jumped ship to settle on the coast of Mexico shared delicious coconut brandy and its source – nifty portable stills – with the locals. News traveled fast. Short on coconuts, inland Mexicans got creative with ingredients at hand. Agave, that mainstay of Mexican culture, was an obvious choice. With its smoky potency and lyrical burn, distilled agave wine was a hit.

Within years, mezcal production boomed in the prime agave growing region in the mountains of Jalisco, and tavernas (taverns) sprang up to sell cuernitos (horns) of mezcal to the masses. In 1600, the first big distillery was built near the town of Tequila in New Galicia (later Jalisco).

The 18th century saw the rise of Tequila's Cuervo clan. The family started with a small taverna, but by 1880 residents of nearby Guadalajara were downing 10,000 barrels of Cuervo tequila a year. In 1891, the portly dictator Porfirio Diaz awarded Cuervo a gold medal for the excellence of its tequila.

Are Tequila and Mezcal the Same Thing? 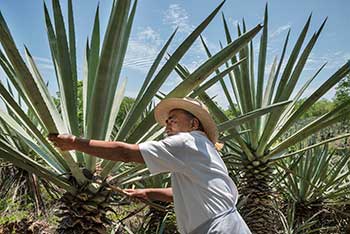 All tequila is mezcal, but not all mezcal is tequila. Mezcal labeled tequila must be distinguished by location (Jalisco and a few surrounding regions), production (notably, the steaming of the agave hearts) and choice of plant (blue). The tequila designation can be attributed to Don Cenobio Sauza, who is notable for two accomplishments: 1.) He personally defended his agave plantation against a hoard of bandits, and 2.) he singled out the blue agave as the variety of agave most suited for tequila production. Though the Mexican government wouldn't officially define acceptable tequila ingredients until much later on, distillers in the Tequila region followed Sauza's lead. And as the drink became more refined, its popularity grew. By 1906, according to official records, eight-million gallons of tequila were produced a year in Jalisco.

Mexicans really began identifying with tequila during and after the 1910 revolution, which saw the overthrow of Porfirio Diaz and a subsequent surge in national pride. Not only did Mexicans drink more tequila during and after the revolution, but the romantic tales of hard-partying revolutionaries that drifted across the border enhanced the drink's romantic mystique in the United States.

There are three classes of tequila, and all are based on the aging involved. Aging generally occurs in barrels

The 'purest' tequila is made of with 100% agave sugars. There are many variations with different percentages of blue agave sugar. This is something you may want to check when you think you got a good deal on a bottle of tequila.

In 2006 the agave crops and old industrial plants where the traditional drink was made, located in the western Mexican states of Jalisco, Guanajuato and Nayarit, were named a World Heritage Site. The area is recognized because the 2,000 year-old process has resulted in one of Mexico's chief icons: tequila.

The town of Tequila, Jalisco, which sits on a hill above rolling fields of agave is the domain of the ancient Cuervo and Sauza families, and home to hundreds of other distilleries. Tequila's rich history means there is a lot to see and do. Below are the things you should not miss in the town of Tequila.

If you are looking for the best, most authentic tequila—straight from the source—you may want to plan a trip to the historic, UNESCO World Heritage Town of Tequila, in the state of Jalisco, Mexico. Here the giant Tequila volcano looms over the town and thousands of acres of blue agave fields, where you'll find hundreds of distilleries using 2,000 year-old processes to create the best tequila in the world!

Look at the articles below to get more information on Tequila.