For Americans, Mexico is a close neighbor and is often referred to as "our backyard." The U.S. has had Latin and Mexican influence for centuries and it's been embedded into the American culture, in many ways more so than the influence of the British. We gringos (gringo is just the Mexican slang for a U.S. American national) may easily assume that we understand Mexico by eating at the local taco truck, picking up some Spanish phrases from coworkers and maybe even traveling to a spring-break hotspot like Cancun.

Having now lived here in Saltillo for well over a year, I have dispelled many of these myths for myself. The pop-culture image of Speedy Gonzales or the Mexican soap-operatic novelas about life in the backwater towns in the rural country is not what life looks like for most folks around these parts.

Even the majority of United States' population was once rural before the mechanization of agriculture and farming. In fact, today Mexicans living in rural areas consist of 22 percent of the population, compared to 21 percent in the U.S. Furthermore Mexico is the world's most populated Spanish speaking country. These cities, little known to the U.S., often tower over American urban centers in population; even Saltillo's municipal population is higher than that of Seattle's (which is a major hub in the U.S.). 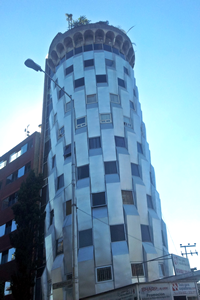 However, the American in me immediately notices that our skyscrapers are far more impressive than most Mexican edificios.

Though Mexico is considered part of the third world, Mexico's middle class continues to grow; meanwhile the U.S. middle class seems to be fading away. I'm always impressed to see the new shopping centers and fine dining cafés. While shopping for a gym membership I was taken aback by a highly modern, bourgeois fitness center with monthly dues higher than I was used to paying at a 24 Hour Fitness stateside.

There are also aspects of Mexico from which I think the U.S. could learn. The United States has the best colleges and universities in the world, but it isn't cheap. For us it's seen more as an investment: it's only worth what money you can get out of it. A major reason I joined the military after high school was because I thought it my best option to afford college without becoming a proverbial indentured servant to student lenders. Four years of my GI Bill used up and one bachelor's degree later I am now paying off some loans I hoped to avoid. For Mexican university students there are no tuition fees. This is similar to the European model. It's difficult to put a price tag on an educated populace. 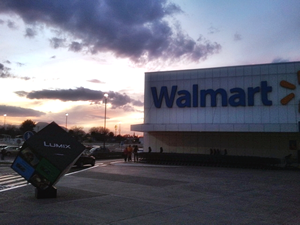 Everyday I'm learning more and more how sophisticated my new home is. But I do get a good laugh every now and then. The most exclusive and modern shopping mall here in Saltillo has a Walmart attached, where as in Seattle or Portland you won't even see Sam Walton's superstore within the city limits. On the outskirts of this city in the barrios you can see chickens walking through the street and men riding horses. In many ways, it's still the old Mexico we know from our cowboy movies.