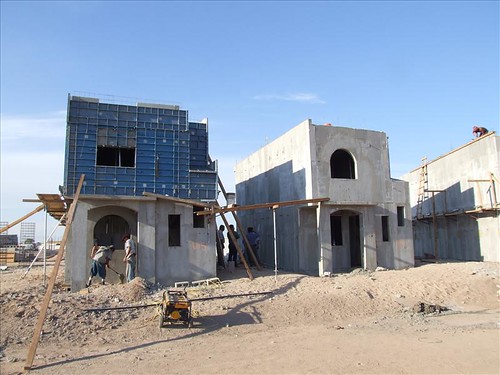 Cost of Construction in Mexico

How can I determine the construction cost for my dwelling?

A professional appraiser, or "Perito Valuador," as they are commonly referred to in Mexico, will be the single best resource available for determining accurate valuations. Appraisers in Mexico are often also qualified as architects. It is best to use an appraiser that has been recognized by the local property tax authorities in the area.

Getting comparative estimates from local builders

Realtors and titling companies are routinely exposed to current property values during the performance of their daily duties, which also makes them a potential resource for determining the average cost of construction.

Talking to the neighbors

Your next door neighbors likely also need to insure their dwellings, and they may have already done much of the leg work and research required to determine the average cost of construction in your specific area.

Meters versus Feet, and Pesos versus Dollars

Mexico, like most countries in the world, uses the metric system for measurements, instead of the older imperial system, that is still being used in the U.S. Therefore, the cost of construction in Mexico is typically estimated per square meter instead of per square foot. One square meter is equals 10.7639 square feet. Construction cost estimates in Mexico may also show the amounts in pesos instead of dollars. The currency exchange rate for dollars to pesos continually fluctuates, so a little research and a calculator may be required to make accurate conversions.