How long do you have to have on your passport to go to Mexico? 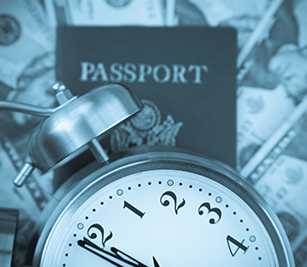 Since 2009, passports have been required for visitors who wish to enter Mexico. While it is still possible to visit Mexico without a passport in some circumstances, most people do travel with a passport in order to avoid any difficulties getting into or out of the country.

This raises the question: How long do you have to have on your passport to go to Mexico? Well, the short answer is that your passport needs to be valid for at least the amount of time you plan on spending in the country.

Do I Need a Passport to Enter Mexico?

That depends. You can enter Mexico with a few other identification documents, besides a passport, depending on your form of entry:

Exceptions to the Above Passport Requirements/Alternative Identification Allowed:

My Passport is Expired; Can I Still Travel to Mexico?

Put shortly, no. Unless you travel by land or sea and use one of the alternative identification methods described above. An expired passport is not valid identification and can result in you getting turned away at the airport or border.

Do You Need a Passport to Come Back to the U.S.?

That depends. Entering the U.S. requires either a passport or one of the other alternative forms of identification described above, depending on the form of entry and exit.

Rules are different for air, and land or sea travel. If you lose your passport in Mexico, of course you will be let back in, but you will have to show another form of ID.

How Do I Get Passport?

To receive a valid U.S. passport you must apply through the Bureau of Consular Affairs of the U.S. State Department. Filling out an application, showing evidence of citizenship, paying a fee and taking passport photos are all part of the process.

How Long Does It Take to Get a Passport?

The routine time it takes to receive a passport is 6-8 weeks. However, if you are traveling sooner than that you can apply for an expedited passport, which takes only 2-3 weeks. And, in some cases, in the event of an emergency, you may even be able to get your passport in 8 days, but you must pick it up in person at the agency.

Can I Enter Mexico with a Birth Certificate?

In the past, it was possible for U.S. citizens to visit Mexico with only a birth certificate or state issued driver's license. But those days are over. A passport is now required for entering the country by air and for most land and sea entries, with some exceptions (see above).

How Time Much Should I Have on My Passport in Mexico? 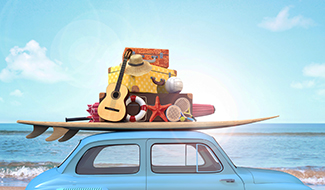 Even though Mexico does not require that you have six-months of valid time on your passport for entry, it is a good idea that you do so. You should not be in Mexico with an expired passport. And you want to be covered in case you have unexpected delays in your travel.

Be sure to plan ahead and get your passport renewed if it is going to expire while you are visiting Mexico. And have a great trip to Mexico!