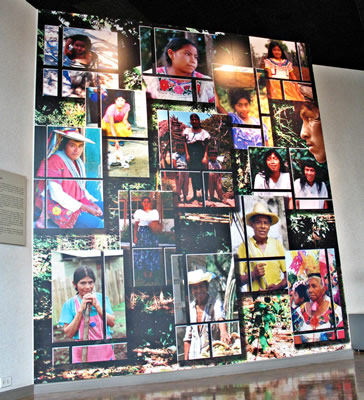 The celebration of Christopher Columbus' (Cristóbal Colón in original Italian; he was born in Italy) accomplishment of successfully navigating to the Americas in 1492 has come under fire in recent years. The celebration in the United States started in 1792, 300 years after the fact. In 1992 I remember celebrating the 500-year anniversary of Columbus' "discovery," though I later learned that "discovery" wasn't the politically correct word, as there were plenty of people here when he came.

Columbus knew a lot about using the stars and heavens to navigate. He also used this knowledge to manipulate and enslave countless Indians (he called them Indians because he believed he had made it all the way to India). One story describes Columbus as demanding supplies from an aboriginal tribe in the West Indies. When the chieftain refused, he warned that he would use his "magic" to cover the sun. Columbus knew there was a solar eclipse scheduled in the area, and he used this knowledge to take advantage of the less informed Indians.

In Mexico, the 12th of October isn't so much to celebrate the Italian navigator's exploits, or the bloody conquest that followed. But rather it's to celebrate the flowering of cultural syncretism of Spain and the pre-Columbian peoples of Mexico. The events of the 12th of October 1492 may not have been fortuitous for everyone involved; however they do mark the day which began the melding of traditions which leads to what Mexican culture is today.

There aren't any notable celebrations for Columbus Day in Mexico. The kids get the day off from school. José Vasconcelos, the Mexican Secretary of Education, summed it up on October 12, 1946. He made a speech to celebrate the arrival of Cristobel because it "transformed and enlarged the world". The philosophy, called "aesthetic monism," attempted to view the world as a cosmic unit. In his writing on the subject, Vasconcelos called for a synthesis of Mexican lifestyle based from the indigenous cultures. He believed Mexico's aboriginal peoples transcended the narrow limits of Western cultures. He named them the Cosmic Race, or La Raza Cósmica. 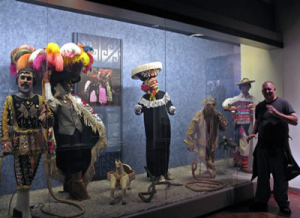 The Spanish Conquest, while infamous for what many today would call "war crimes," did preserve many of the bloodlines of the Americas, making a new people called Mestizo, meaning people of European and Aboriginal American bloodlines. When you see the populations of Mexico, it's stark in comparison to the population North America. When the British settlers came to modern-day US and Canada, the colonists systematically exterminated the native populations rather than meld with them.

When I visited Mexico City's world famous Museo Nacional de Antropologia I came to see that it was the humanitarian Catholic clergy, who came before the militaristic conquistadors, and helped to convert the native peoples so that they could be absorbed into Spain's new colonies.

The missionaries of Catholic orders such as the Gregorian, Franciscans and Dominicans (who are also known for their own controversial histories) made it to the tribes with knowledge and lessons, rather than fire and sword, and converted them to the ways of Roman Catholicism in a way that the people could still keep celebrating in a similar rhythm to that of the pre-Columbian times, creating the new and diverse culture that you can see in any Mexican pueblo today.

Not everyone is a fan of the monks and clerics of the Catholic Church. I was not raised Catholic, but when I see the originally Mexican celebrations which are a mix of European religion and the Native American practices, I know that it was those selfless missionaries, who came before the conquerors, that made La Raza possible.