Top Mexico Vacation Destinations You Can Drive To 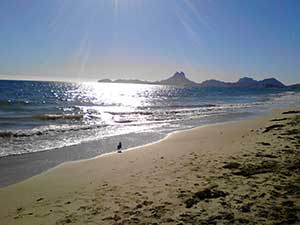 Warm sunshine, delicious food and a rich culture are just a few of the things you can expect to enjoy during a trip to Mexico. In fact, many wonderful vacation spots are located just hours away from the U.S. border. Couples, families, retirees and those on a budget can easily find the right fit. Once... Read More »

El Festival Internacional Chihuahua 2014 A celebration of art and culture The 2014 Chihuahua International Festival began on August 1st, and will continue until the 24th of August. The yearly festival celebrates art and culture, from all over Mexico, and from around the world. Once again, this year’s program includes hundreds of cultural activities performed... Read More »

In the past I have posted several articles from Raechel Running. Raechel is a well-known freelance photographer whose work reflects her interest in social and environmental concerns within and beyond the borderlands of Mexico. Raechel spends half her time living in Chihuahua, Mexico where she documents life and projects there via "visual poetry." Below we've... Read More »

Creel is nestled amongst some rocky bluffs that are covered with pine trees. At an altitude of 7,841 feet, the climate of Creel is generally cool and dry... Read More »

I was taken to Pancho Villa's house, one of the main tourism attractions in Chihuahua, Mexico. There are tons of old weapons scattered about the place... Read More »