Not Just an American Holiday | Thanksgiving Traditions in Mexico

Thanksgiving customs in Mexico have some similarities to the American Thanksgiving, but there are many local traditions as well. 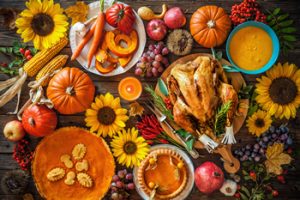 Although Thanksgiving is traditionally regarded as an American holiday, this festive occasion is becoming increasingly popular in Mexico. This is partly due to the influence of the roughly 1 million American residents who have emigrated from the U.S. to Mexico. And it’s also inspired by the many native Mexicans who have returned home after spending time in the U.S.

But while Mexican Thanksgiving traditions are similar to those of America, there are some specific details that are unique to Mexico.

The Season Is Ideal for Celebration

Revolution Day is typically celebrated the first Monday after November 20th, with food, parades, and fireworks. This festive atmosphere carries into the Thanksgiving holiday.

In Mexico, Thanksgiving is a religious holiday. It is seen by the Mexican people as a time to give thanks to God for all of the blessings they have been granted throughout the year.

Before the meal begins, it’s common for each guest to deliver a short prayer of gratitude. While the religious aspect of the holiday is still present in many American households, it’s especially prevalent in Mexico, since more than 82% of the Mexican population identifies as Roman Catholic (as of the 2010 census). 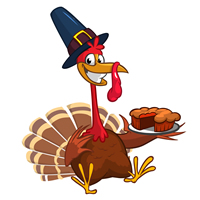 While many families do eat the traditional Thanksgiving turkey, others will instead opt for a traditional dish like marinated roast pork. If there is turkey on the table, you may find that it is prepared in a green mole or with spicy chipotle peppers. Turkey enchiladas are also popular in some regions.

Other foods commonly found at a Mexican Thanksgiving feast include chorizo pumpkin soup and candied pumpkin. Instead of cranberry sauce, you may find cranberry salsa with cilantro and chiles. Cranberries are sometimes hard to locate, though, so the local kumquat may be substituted.

If you find yourself fortunate enough to be in Mexico during the Thanksgiving holiday, make sure to take advantage of the festivities and immerse yourself in the rich traditions that feel both familiar and brand new at the same time. ¡Feliz Día de Acción de Gracias!