Nestled on the coast of the sea of Cortés with the Sonoran desert as a backdrop, Rocky Point, Mexico (whose real name is Puerto Peñasco) has become a sought-after destination for many travelers. A beautiful seaside town, Rocky Point is known as a cosmopolitan destination that holds on to its roots as an old fishing port.

Some fun facts about Rocky Point: 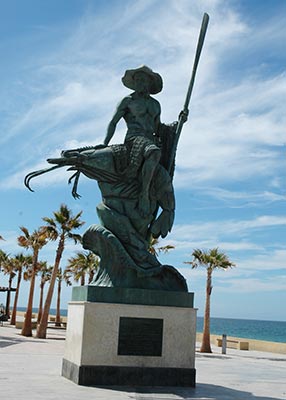 Rocky Point, Mexico is a cosmopolitan town. While the city still honors its roots in fishing (some streets are still preserved from that era), visitors have access to high-end hotels and shopping, nightlife, and golf courses. The city’s urban walkway connects visitors to bars and craft shops.

Want to learn more? Visit any of the links in this article and find out what a great destination Rocky Point is.