What the A.M. Best Rating Means

Mexpro only represents companies that are at least A Rated by A.M Best. But what does that mean? It means that a third party has looked at the company's books and has stated that the company can pay claims; your claim if you have one. 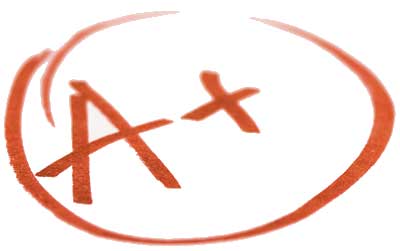 For most markets in the US and Canada insurance companies understand that being A Rated is expected, not a luxury, but in Mexico that hasn't always been the case.

One of the most common questions we receive is whether or not our companies can pay their claims. Clearly, if you are going to invest the time and money in buying insurance you want to make sure that if a claim occurs the insurance company keeps their promise to pay. Unfortunately, there have been too many situations in the past with Mexican insurance companies that have created a lack of confidence in the consumer's mind. However, until recently Mexican carriers have not had to get a rating, their financial situation could have been extremely poor, leaving their customers hanging.

Usually ratings are awarded by one of two companies A.M. Best or Standard and Poor's. The process is strenuous for the companies and they have to show how much business they write, what kind of business, what their prices are in relation to the claims they receive, what their losses could be, how much cash they have on hand to handle those losses, what kind of reinsurance they have and how much. The long story short is that the third party looks at all the assets and liabilities and gives a financial grade.

For large international insurers the rating agencies will follow this same process, but consider the business as a whole, including all of the company's subsidiaries whether they be in the US, Canada, Europe, Mexico or wherever. In this case the regional carrier may not carry a rating on its own, but as a part of the group.

In 2015, all Mexican Insurance companies will be required to get rated, which means for the first time ever we will be able to get a peek at some of these companies' ability to pay your claim. In the states, most agents can't sell carriers that have a rating less than B++, so having an A rating of some sort, such as an A- (Excellent), an A ( Excellent), or an A+ (Superior) is important to insurance companies, agents, and most importantly you. If you purchase from Mexpro you can be certain that we only sell carriers with at least an A Rating. If you purchase from another broker, make sure the carrier you purchase from has an A rating, otherwise you might be saving some money up front only to purchase headaches later.