Is Rocky Point Safe? I’m not going to insult you with a yes or no answer. I’m going to ask you to decide for yourself based on my personal experience of being there last week. I constantly brag about the fact that I’ve been going to Rocky Point since the 1980’s. But really that means... Read More »

Understanding the US State Department Travel Warnings for Mexico 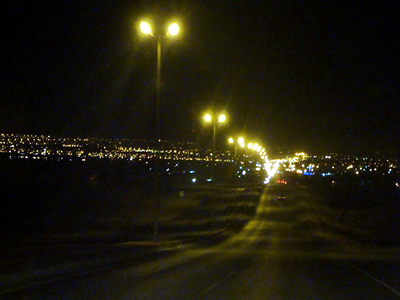 If you don’t mind militarized situations, then by all means you can ignore the US State Department travel warning, just be sure to take the proper precautions... Read More »

The Tourism Commission of the Rosarito city council believes that the security alert on Mexico is a strategy to prevent its citizens from traveling to Mexico... Read More »

The overwhelming majority of Mexico is a safetravel destination. Of Mexico’s 2,500 municipalities, less than 80 are recording drug violence problems... Read More »

News about Mexico in the past few years has been dominated by gruesome drug violence. But as Mexicans prepare to elect a new president on 1 July, David A Shirk of San Diego University's Trans-Border Institute argues for an end to overly negative views of the country: If Mexico were a stock, now might be... Read More »

The U.S. State Department has renewed its warning for Americans to avoid unnecessary travel to northern Mexico... Read More »

Follow these Travel Safety Tips for Mexico and you are more likely to have a great time while visiting and avoid trouble and problems. Don't go out alone..... Read More »

Due to concerns over drug violence, the U.S. State Department has extended the travel warning issued for Mexico and has added three additional Mexican states.. Read More »