Still Safe To Travel To Mexico? 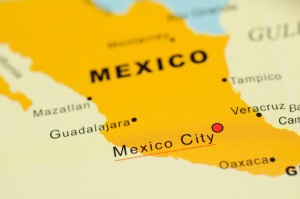 Drug-related violence in cities south of the United States-Mexico border has caused the U.S. State Department to issue a travel warning for Mexico -- but did you know most of Mexico is as safe as ever? Our government is actually advising against visiting very specific places where drug cartels are warring over the billions of dollars made yearly trading illegal substances into the United States, and the efforts by the Mexican government to put an end to the drug traffic. Unfortunately, after hearing "warning" and "Mexico," many Americans perceive the advisory for the country as a whole, which it definitely is not.

There are, of course, caveats about travel in Mexico, just as there are for visits to any foreign city or resort area, but many of these fall under the realm of common sense: Don't stray from the well-known tourist areas, stay alert and don't drink too much, avoid walking alone at night, only take public transportation or drive on the highways during daylight, don't deck yourself out in expensive jewelry and avoid large crowds and demonstrations. Before traveling to Mexico, make sure your cell phone works on GSM or 3G international networks, and memorize the Mexican version of our 911, which is 066.

"The news media prefer to report horrible events rather than address the reality; Mexico is, in general, a very safe country -- with the notable and news-making exception of Juarez and other border towns -- and has far less violent crime than any large U.S. city," says Barbara Erickson, one of more than a million Americans who lives safely in Mexico.

According to Erickson, a San Miguel de Allende resident, "one would have a greater chance of being hit by lightning than being shot or kidnapped by a drug load's gang."

Another plus to our relations with those living south of the border is American companies successfully conduct business in Mexico. "I have clients traveling to Mexico regularly to film and to do photo productions and we have never had any problems," says Clare Beresford of World Locations in Hollywood, a company that scouts locations for movies, commercials and photo shoots." World Locations has sent people to Mexico City, Merida, Zihuatenejo, Manzanillo, Puerto Vallarta and Careyes, among many destinations.

Tourism from North America is a significant part of Mexico's economy. In 2008, foreign visitors (22.6 million of them, 80 percent of whom were from the U.S.) spent $13.3 billion in Mexico, making up 13.8 percent of the country's GDP.

But in 2009, Mexican tourism was hammered by the U.S. recession and the swine flu epidemic. Cruise ships briefly canceled trips to the country, and many restaurants and archaeological sites were briefly closed. The revenue from foreign tourism dropped 15 percent to 11.3 billion. This year, tourism is expected to rebound. But 2010 could be another bad year if fear keeps U.S. citizens away.

We've drawn up a list of Mexico's most popular tourist destinations and rated them one to five, one being the highest cause for concern, and five being the safest.

Fear Factor: 1
The State Department listed several cities as not advisable to visit, including Ciudad Juarez, Tijuana, Nogales, Nuevo Laredo, Monterrey and Matamoros. The worst of the bunch of Ciudad Juarez, across the border from El Paso, Texas. The city has been the site of some of the most gruesome murders in an already shocking drug war. Until things get under control, this is not the time to venture over the border for some shopping or pozole.

CANCUN, THE RIVIERA MAYA AND COZUMEL

Fear Factor: 5
Cancun is one of Mexico's most popular beach resorts, which average around four million American visitors per year. Last year a retired Mexican general investigating corruption was assassinated by drug traffickers, but that's been an isolated event. Over-consumption of alcohol by younger tourists is a problem, and there have been rapes. But on the whole, Cancun is extremely safe. "The leading cause of foreign tourist deaths in Cancun is heart attacks, car accidents and accidental drowning," says Canadian writer Marlo-Renay Heresco, a Cancun resident who blogs about her life in Mexico on her website, atravelartist.com. "The key to success when traveling or living abroad is exercising common sense." The Riviera Maya (the Yucatan coast stretching south from Cancun) has little to fear beyond sunburn. The island of Cozumel off the Riviera Maya is a popular, very safe destination for cruise ships, where problems are the occasional purse-snatching or picked pocket.

MERIDA AND THE MAYAN RUINS IN YUCATAN

Fear Factor: 5
Although many people visit Chichen Itza on day-trips from Cancun, Merida is the gateway to comprehensive exploration of Uxmal and other significant Mayan ruins scattered across the state of Yucatan. Merida is a quiet, charming city, and the main ruins have well-organized tours and visitor's centers, as well as guards. In addition to hotels in Merida, the Yucatan has a number of colonial-era haciendas that have been converted into small resorts. Mayan villagers are welcoming. Here again, it's not a good idea to drive on unlighted roads at night, but central Merida's busy colonial-era streets are safe to stroll at night. "Mexico is a large country... deciding not to travel "to Mexico" because of violence is like saying you won't go to New York because of a murder in Denver," says Merida resident Ellen Fields. " Yes, there are places in Mexico where violence is on the rise. Where I live, Merida on the Yucatan Peninsula, and the nearby Mayan Riviera, has not seen this violence and is a very safe place to visit or to live."

Fear Factor: 4.75
No one thinks twice about visiting our nation's capital, and the same should go for Mexico's capital. In 2008, Mexico City had a homicide rate of nine for every 100,000 people, while Washington D.C. had a rate of more than 30 per 100,000 -- over three times higher. Visitors to Mexico City should exercise the same precautions taken in any of the world's big cities; sticking to busy, central areas and remaining aware of one's surroundings. It's very important to take only radio-issued taxis or taxis from official stands, never the "libre" (independent) or Volkswagen cabs, as there have been many instances of robbery and kidnapping. Don't walk at night except short distances on busy streets. This is an exciting city full of museums, art galleries and fabulous restaurants, not to be missed. Most people include a visit nearby to the majestic ruins of Teotihuacan, which are well patrolled and perfectly safe, with a visitor's center and organized guides.

Fear Factor: 5
"I feel as safe here as anywhere I have ever lived and so do my neighbors and friends," says Barbara Erickson, who's lived in San Miguel de Allende a number of years. "San Miguel is as lovely as ever." This arty town is popular with Americans, who stroll its lovely colonial streets, dine out and browse the art galleries without worries. This is true of all of Mexico's stunning colonial cities. In some cases the countryside around them may be iffy (the state of Michoacan, for instance, has had troubles, but its capital, Morelia, is lovely and safe, as is Patzcuaro). Guanajuato, Queretaro, Zacatecas and the rest of the colonial cities are well worth visiting.

Fear Factor: 4.75
Mexico's sophisticated second city is both a colonial gem and a major center for shopping that's regularly combed over by interior decorators from the southwestern U.S. There's also a lively art scene to enjoy, with art galleries and museums. But Guadalajara is a very large city, with the attendant need for caution, and it's best to stick to the central city tourist areas and leafy upscale neighborhoods like the Zona Rosa. A popular side-trip is past fields of blue agave to the town of Tequila, where tequila distilleries can be visited and the wares sampled from such famous brands as Cuervo and Herradura. This is completely safe, but again, don't over-indulge.

Fear Factor: 5
Oaxaca city was the site of a teachers' strike in 2006 that led to some violence and, unfortunately, the shooting of an American freelance journalist. As a result, the city has been tarred as unsafe, although nothing could be farther than the truth. The colonial city center, the nearby ruins at Monte Alban and the surrounding crafts towns like Teotitlan del Valle are well-traveled and very safe. "There is a lot of hysteria in the US about everything from drugs to flu in Mexico, but after five years in Oaxaca with my husband and daughter, I have to say that these issues have not even remotely affected us," said an American expat. Oaxaca has a thriving art scene and one of Mexico's most highly-regarded cuisines. The Oaxaca coast, including beautiful, well-developed Huatulco and the little surfing mecca of Puerto Escondido is very safe, although swimming along the coast must be done with caution (check with your hotel), as some areas have rip-tides.

Fear Factor: 5
Ixtapa is a resort area developed by the Mexican government, and its big resorts are extremely safe. Neighbor Zihuatenejo is a former fishing village that reeks charm and has some upscale hotels and lovely outdoor restaurants. Many Americans live in "Zi" including famous American fashion designer Betsey Johnson. This is another spot where your biggest problem will be sunburn.

Fear Factor: 5
The lovely cobble-stoned hillside fishing village that was "discovered" after the filming of Night of the Iguana has spread at a dizzying rate, so that there are many Vallartas, including the original (still charming) town, the Marina and Nuevo Vallarta. Puerto Vallarta is filled with art galleries, which regularly throw open houses, gourmet restaurants and hotels in every price range. There are also the kinds of bars which encourage patrons to over-indulge, and that's never a good idea. Downtown Puerto Vallarta is safe to stroll, but never late at night after the festivities are over, and it's not a good idea to venture too far off the beaten track. Thousands of Americans live here, and love it. The Costalegre coast, stretching from Puerto Vallarta to Manzanillo in the south, is very safe, as is the newly-named Costa Nayarit (a series of bucolic fishing villages) to the north.

Fear Factor: 4.5
Acapulco in recent years has undergone a major revival. Once Mexico's most fashionable resort, it had gone a bit seedy, but now has regained much of its glamour. Unfortunately, it has recently been touched by drug-related violence, and although most has been on the edges or outside of town, some bodies have been found on a street lined with nightclubs, including the bodies of police officers. It's especially important these days to be alert to your surroundings here, and stay away from nightclubs known to attract the narcotraficantes. That said, the possibilities of being caught in a drug shoot-out are on the extreme end of slim to none.

Fear Factor: 5
Cabo San Lucas, San Jose del Cabo and the "Corridor" of resorts that stretch between them are like a backyard for residents of the southwestern U.S. Thousands of Americans live here on the southern tip of the Baja Peninsula (light years away from Tijuana's troubles) and the artsy little town of Todos Santos 45 minutes up the Pacific coast from Cabo San Lucas. Some visitors complain it's too American in Cabo. The region is very safe, with good highways and busy downtowns. Visitors should stay out of unlighted side streets and stick to the well-traveled tourists areas, where shopping, art galleries and a big choice of restaurants make straying unnecessary. Swimmers must exercise extreme caution -- the waters are treacherous and it's important to know where it's safe to swim and where not to even wade very far.