The Pope’s Visit to Mexico Continues 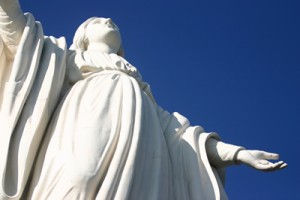 On Monday Pope Francis visited the Mexican state of Chiapas to address the mistreatment of indigenous peoples. He spoke of their suffering and asked for forgiveness for the way they had been ‘excluded from society,’ and the unlawful taking and destruction of their property. He also expressed a deep appreciation of their ideals of caring for nature. And from there went on to express grave concern about environmental issues, stating “We can no longer remain silent before one of the greatest environmental crises in world history”.

The Pope’s Mass took place in San Cristobal de las Casas. Although Chiapas has a population that is only about 60% Catholic, compared to the rest of Mexico at 80%, hundreds of thousands filled the stadium where Mass was given in three different native languages. The Mass concluded with the Pope’s official decree permitting native language use for Mass.