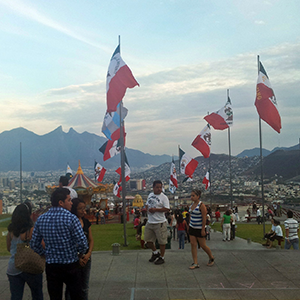 From the onset, Monterrey seems void of culture compared to other cities in Mexico. If you dig deeper there’s plenty culture--the city is more than 400 years old... Read More »

I wouldn’t be surprised if in future years we see American shoppers picking up some Spanish and a passport for the savings down Mexico for Black Saturday... Read More »

From KRGV.com WASHINGTON - Violence in Mexico has the U.S. State Department stepping up it's travel warning. A new, revised travel warning was issued Friday. The warning includes stronger language about the dangers Americans face when traveling in Mexico. It also says people should avoid traveling in Tamaulipas. Drug violence continues to be a big... Read More »

The toll highway linking Laredo, Texas and Monterrey, Mexico is set to open for commercial trucks only; without paying tolls, according to Bloomberg... Read More »