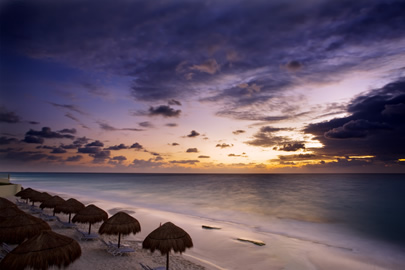 The meteorological office has announced that hurricane Celia, a category 1 hurricane, was hovering some 600 miles off the coast of Acapulco, and is not expected to cause any significant nuisance as it moves closer to land, by which time it's expected to have reduced itself to a tropical cyclone.

Hurricanes are a feature of the natural landscape in Mexico, affecting coastal regions and sometimes causing inclement weather further inland.

Hurricane season is preempted by the rainy season, that usually begins around May each year. Many places experience monsoon rains on some evenings, which serve to cool the day down and, in the case of the country's capital, also freshen-up the air.

The hotter summer temperatures which bring the rains can also bring hurricanes, brewed up in the Pacific, Caribbean or Gulf of Mexico. Some inevitably will land along one of Mexico's 6,000 mile-long shorelines.

Some media channels use the hurricane season as an opportunity to publish articles featuring sensational story-writing although in reality, people who live near hurricane-affected areas are quite used to dealing with heavy storms and hurricane weather.

Storms, tropical storms and hurricanes are regular occurrences every summer in Mexico.

Some hurricanes can be quite fierce, and may cause a significant amount of damage if they land having built up a high force over the water. However, with satellite technology and advanced storm-tracking systems, people in affected areas can be warned and measures implemented to mitigate any damage and avoid casualties when the landing of a strong storm or hurricane is imminent.