Don't think the fun is over just because Christmas is out of the way. The Christmas festivities continue through January 6th in Mexico (Kings Day or Día de Reyes). And, there are so many events this January in Mexico that you can probably make it to one no matter where you visit. Enjoy Mexico's warm climate and stay entertained at these local celebrations.

New Year's Day is generally a quiet day in Mexico, as New Year's Eve is celebrated in Mexico similar to the US. Most businesses are closed but tourist attractions should be open, but be sure to check before you go.

Día de Reyes
All of Mexico
January 6
This day marks the end of the Christmas holidays in Mexico. Children are given gifts on Día de Reyes to celebrate the gifts given by the three Kings. A sweet bread called "Rosca de Reyes" is often eaten during the observance of this day. 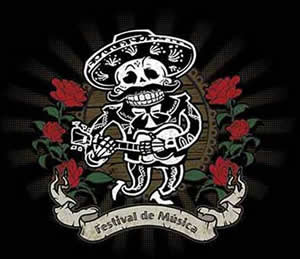 Todos Santos Music Festival
Todos Santos, Baja California Sur
January 15 - 24
The Todos Santos Music Festival, created by R.E.M.'s Peter Buck, is held at The Hotel California and Town Plaza. This year's concert fundraising will be used to aid in recovery and reconstruction from this year's destructive hurricanes. A portion of the revenue will be made available immediately for ongoing urgent relief efforts. http://todossantosmusicfestival.com/

Fiesta de San Antonio de Abad
All of Mexico
January 17
San Antonio de Abad (Saint Anthony Abbot) is the patron saint of the animal kingdom. On this feast day animals are adorned with ribbon and flowers blessed in local churches. 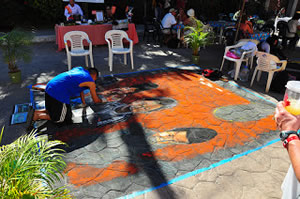 Bucerías Street Festival
Bucerias, Nayarit
January 23 -25
The festival's three main/simultaneous events include the Taste of Riviera Nayarit, Handcrafts Fair and the Chalk Walk. The Taste of Riviera Nayarit is a gastronomic fair with participants from the best local restaurants. Local artists will showcase hand made items at the Handcrafts Fair. At the "Chalk Walk" chalk artists, the world over, create pieces on the city streets. http://blog.rivieranayarit.com/2013/01/riviera-nayarit-is-ready-for-street.html

Festival Alfonso Ortiz Tirado
Alamos, Sonora
January 23 - 31
Alfonso Ortiz Tirado was a doctor, singer and philanthropist from Alamos and is celebrated in this annual cultural event. Opera and chamber music are the main themes of the festival though other music and art forms are presented. One of northern Mexico's most important cultural events, this festival draws as many as 100,000 attendees from around the world. http://www.festivalortiztirado.gob.mx/ 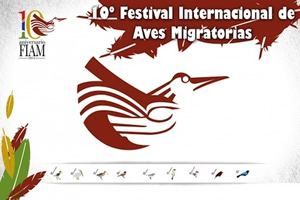