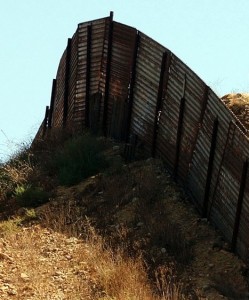 Mexican officials, anticipating a new wave of U.S. retirees flocking to Mexico in the coming years, are meeting today to devise a plan to keep U.S. retirees from draining the Mexican social security system.

"Citzens of the USA are fighting the tax increases that will continue to fund Social Security and Medicare. In addition, some political action groups in the U.S. are calling for imposing a moratorium on providing social welfare in the U.S. to citizens over the age of 75. That means with Social Security and Medicare payments ending at age 75 for American citizens, Mexico will see a huge influx of Americans wanting to take advantage of Mexico's social security system once they hit age 75 and are no longer eligible for these U.S. Social Welfare programs", stated Jaime Zabella, a government official.

While Mexico discusses its plans to keep American retirees from draining its social welfare system, the U.S. continues to devise a plan to keep young Mexican workers from entering its territory. There is no word yet on whether the fence will be a joint effort manned by both U.S. and Mexican border patrol, or if the countries will build two separate fences to segregate the countries.

April Fool's! This is not a true story...we hope you were entertained.