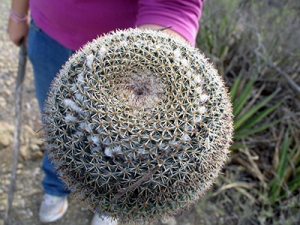 Most stories I write have to do with the abundance of culture here in Mexico. However, there’s also an abundance of natural beauty that has been in these parts long before any of the culture ever was. Here in Saltillo, that natural beauty lies within the high deserts that are in all places where the cities aren’t.

When I first made the move south of the border, and later the decision to stay permanently, I considered this to be a major trade-off: leaving behind the grandiose scenery of the Pacific Northwest. I grew up exploring the vast evergreen forests, learning the vegetation, eating wild plants, studying critters, and generally being a bit of a layman naturalist.

As I got older I joined the boy scouts, and went on my first overnight backpacking trips into the Olympic and Cascade mountain ranges of Washington State. When I joined the military, my scouting experience served to show me how to enjoy an Army bivouac, and I had some overnighters in the subtropical woodlands of South Carolina.

During my year in Iraq, I never really had much opportunity to explore the desert areas. I did get to hike through date palm groves near the Tigris River in Baghdad, while embedded with a security patrol searching for weapon caches (but I didn’t exactly get much time to stop and smell the flowers).

After returning for my war tour, I was usually lucky enough to be able to make it out to the mountains hiking in with tents, backpacks and dry food with an army friend or two. We would test our wits and take photos, remember our experiences and appreciate a beauty that can only be witnessed away from civilization and cellphone reception. 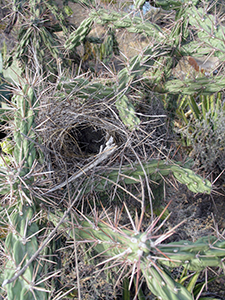 2012 was the first summer I didn’t make it into the Olympic Mountains since I was in Iraq in the summer of 2004. For me, experiencing the rawness of the uncivilized outdoors is a bit like a holy communion. I’m not religious in the organized sense; for me, communing with the almighty is to be outside of the comforts of civilization and sit face to face with the untamed.

In August of 2011, my yearly nature fix was being some 20 feet away from a curious black bear while hiking in the Olympics, and later waking up to a herd of 30+ elk wandering through my campsite. However, I’ve recently found that the Chihuahuan Desert of northeast Mexico holds its own mystique, and in greater abundance that my native pacific northwest.

Here in Saltillo, the city is quite dense and most all areas are covered in concrete and asphalt. However, the city is beset on all sides by deserted mountains; not the extensive suburban sprawl we have north of the border. Mexico is one of the few Latin American countries with organized natural reserves. Even land that isn’t sanctioned by the government is fair game.

When I have the gumption and a few hours of sunlight to burn, I’ll choose a summit and scale it. The hills are too steep to build on, so they stay untouched; kids and other amateur naturalists have created faint trails, or you can make your own.

Much of it is still a mystery to me. I rely on my wife as a guide. It seems that almost all the plants have poisonous spines that need to be respected. Our last excursion was Saltillo’s Cerro Del Pueblo, the tallest point in the municipality. 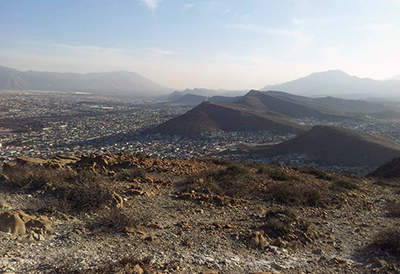 As we scaled the rocky slopes, we took time to observe the exposed rock of the high desert, which is littered with fossils inlaid into the shale. Truly magical to someone used to seeing moss covering most outdoor surfaces.

There are rare cacti that you would expect to pay a handful of cash for at a plant store; they sit there soaking up the sun. Once we reached the peak of the precipice, my wife told me “come on, let’s go back” but I was searching for a sign: something to give me my fix that I was looking for. Something I had never seen before.

Just then, I heard the tell-tale sound of a serpent’s rattle, something I had only seen on nature shows and movies. I saw the western diamondback rattlesnake coiling up, ready to strike if I pushed in further. It was a primal moment for me. I know these snakes are common in many parts of the US, but they don’t live in western Washington. I wish I had taken a photo, but I only have this story to tell. I immediately backed off and yelled “Run, Honey! It’s a poisonous snake! Run!”

The point of the story: natural beauty is everywhere. Here in Mexico, it can be appreciated in more than just the summer months, unlike the freezing mountain-tops in the northwest part of the continent. As for overnight hiking; well, I’m not quite sure I’m ready to sleep among all the poisonous critters.