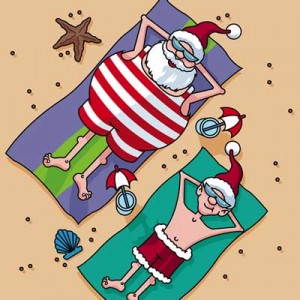 December is one of the most festive times in Mexico. Since the weather in the U.S. and Canada is chilly, gloomy and dark, it's a great time to visit Mexico since the weather is warm, with lots of sunshine! Enjoy these celebrations while you visit Mexico for the holidays. Remember to book in advance if you can.

The 28th annual Guadalajara International Book Fair features more than 1500 editorial houses from 39 countries. This is the largest Spanish-language book festival in the world. Israel is this year's guest country. www.fil.com.mx 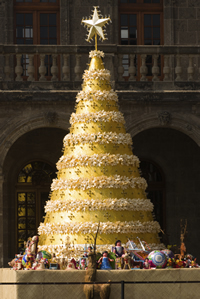 Fiesta of the Virgin of Guadalupe
All of Mexico, particularly Mexico City
December 12
This is the feast day of Our Lady of Guadalupe and commemorates the traditional account of her first appearances on the hill of Tepeyac near Mexico City in 1531. www.inside-mexico.com/guadalupe.htm

Feria de la Posada y Piñata
Acolman de Nezahualcoyotl, Estado de Mexico
December 16 - 23
The Posada and Piñata Fair is an annual celebration near Mexico City, in which the Christmas traditions of piñatas and posadas are celebrated. Workshops in piñata-making are offered.

Posadas
All of Mexico
December 16 - 24
Every evening from December 16th to 24th street processions take place in Mexico towns and villages that culminate in house parties known as posadas. These celebrate and are in remembrance of Mary and Joseph’s journey to Bethlehem.

Navidad
All of Mexico
December 25
The last posada takes place on Nochebuena or Christmas Eve, where families attend midnight mass and then have a family dinner. Christmas Day is generally a quiet day. Gifts are not traditionally exchanged on Christmas, though it is becoming more commonplace.