Budget Travel: Mexico's Next “It” Destinations 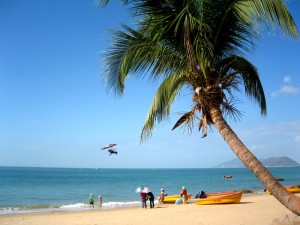 Though the resort towns of Mexico's Pacific and Caribbean coasts are frequently visited by Americans, most of the country's interior—all 1,220,610 square miles of it—is barely on travelers' radar screens. Lack of awareness about Mexico's vastness and its diverse geography are two of the most persistent challenges the country faces with respect to tourism.

In recent years, tourism officials have tried to respond to those challenges in many ways, from emphasizing overlooked destinations in its “Mexico: The Place You Thought You Knew” ad campaign to meeting with US Department of State officials to advocate for greater geographic specificity and political context in its travel alerts about Mexico.

The expansion of the Pueblos Magicos program, established to spur domestic travel, which accounts for 85% of tourism in Mexico, has also drawn travelers to places that are less well-known than Cancun and Los Cabos. The majority of the Pueblos Magicos—which are so named because they possess unique symbols, legends, history, important events that convey Mexican history—is located in the interior.

From the coasts to the country's mountainous interior, here are five up-and-coming destinations to put on your Mexico must-visit list: http://latino.foxnews.com/latino/lifestyle/2012/08/19/budget-travel-mexico-next-it-destinations/#ixzz24DKNSSXO